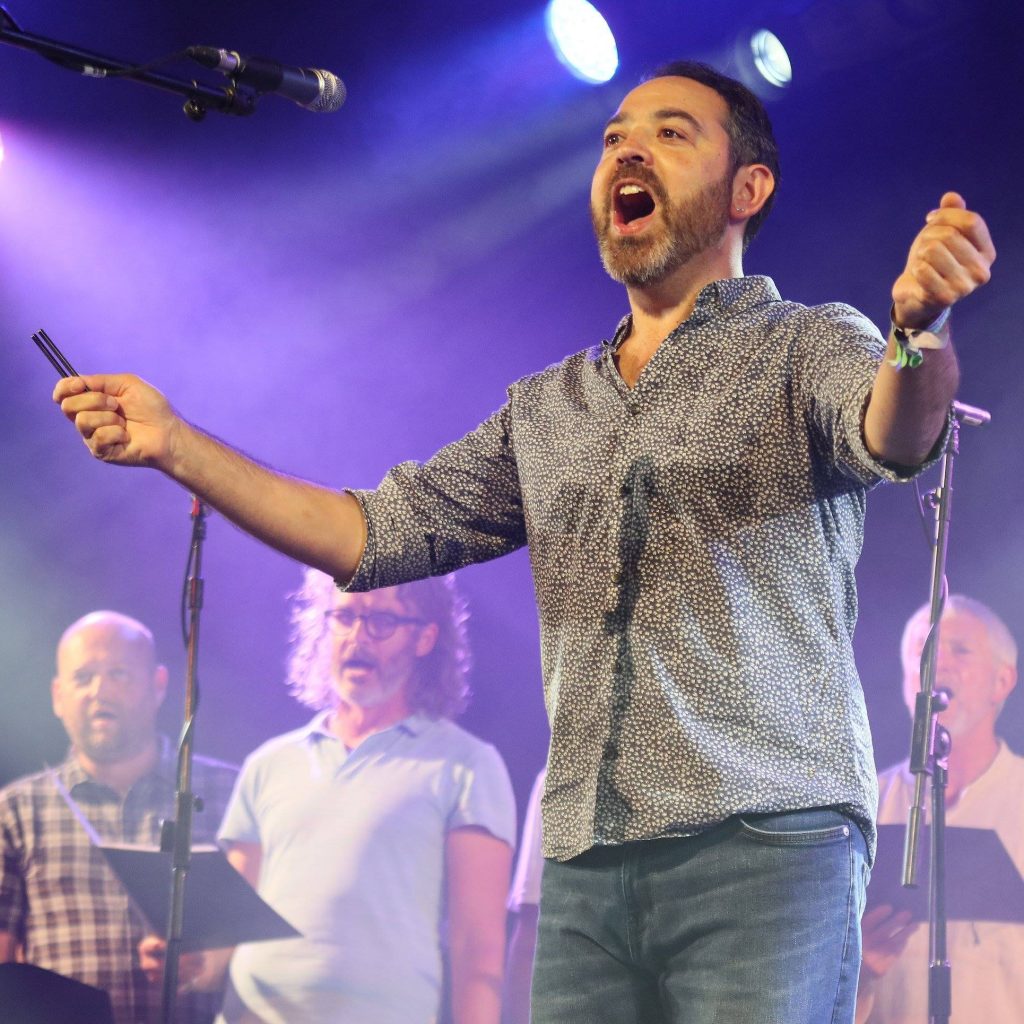 Throughout an international career spanning 35 years, as a singer, oboist, violinist, composer and arranger, Paul Sartin performs and records extensively with Belshazzar’s Feast, the trio Faustus, Jon Boden & The Remnant Kings, and with (the late) multi-award-winning big band Bellowhead.

Paul is consultant and Director of the Andover Museum Loft Singers and the author of Community Choirs Collection – Folk published by Faber Music. He was a Choral Scholar at Magdalen College, Oxford, then subsequently a Lay Clerk at Christ Church Cathedral, Oxford, and preferred Bass Deputy in Winchester Cathedral Choir.

During 2017 and 2018 he appeared in and directed the music for, a new production of Peter Bellamy’s ballad opera, The Transports (Guardian 5*), and composed the music for a number of Shakespeare productions including Cymbeline, King of Britain in 2019 with The Royal Central School of Speech and Drama.

Paul continues to work in education and has gained an MMus (research Masters) with Distinction from the University of Newcastle for his work on the life and music of his ancestor, Edith Sartin, and continues to investigate the legacy of over 100 songs collected from female members of his family.

He is a recipient of a 75th Anniversary Award from the English Folk Dance and Song Society. Read more at www.paulsartin.co.uk.