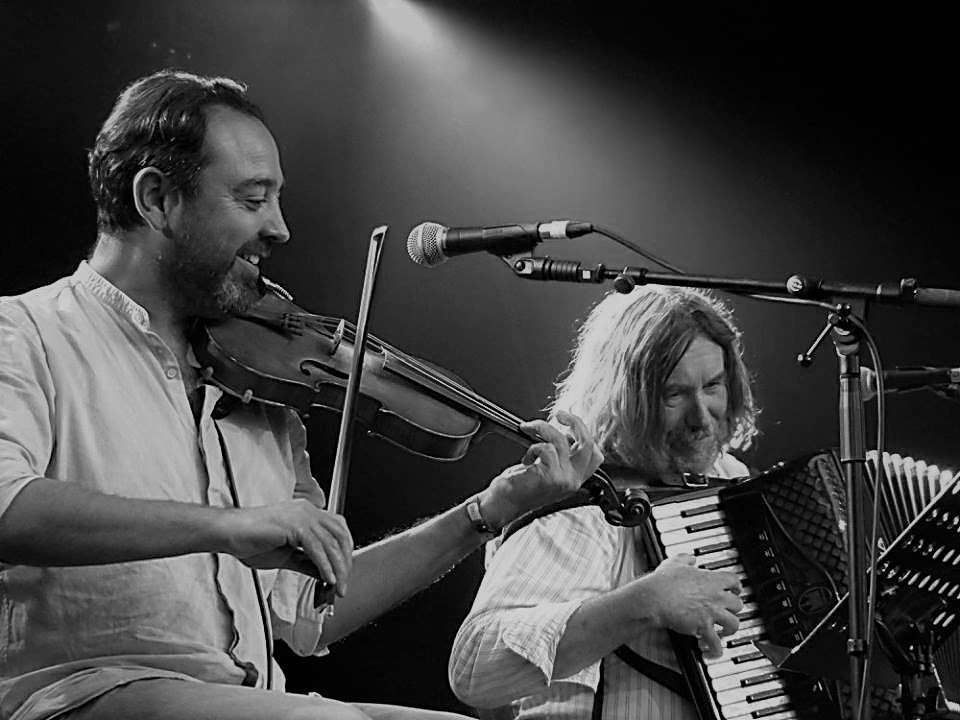 Acclaimed musicians Paul Sartin (oboe, violin, swanee whistle and vocals) and Paul Hutchinson (accordion) are notorious for their superlative ability, wit, rapport and depth of experience, creating a concert to remember. Together they have entertained audiences across the UK, Australia and beyond with their eclectic and eccentric mix of tunes, songs and humour that sends audiences home with a smile.

Live audiences at the duo’s sell-out shows in May and December can look forward to an inspired collection of songs and tunes; stirred into the mix are classical, pop, music-hall and of course traditional folk music, all laced with the duo’s wry humour. Belshazzar’s Feast have released nine critically acclaimed albums across their twenty five-year career. Their first winter-themed album, ‘Frost Bites’, earned them a nomination for Best Duo at the BBC Radio 2 Folk Awards. Their most recent album, ‘The Whiting’s On The Wall’ is ‘one of the most intimate and entertaining live albums I’ve heard.’ (Songlines). Read more at www.belshazzarsfeast.com.

“They can do things with a squeeze-box and an oboe that can break your heart.”
(Independent on Sunday)

“There is simply no way that two men in faded denim jeans should be this entertaining!”
(Downend Folk Club)

“Amidst the jesting and hilarity, they sit as fine an example of traditional English folk music as you’re likely to hear.” (Mike Ainscoe, Bright Young Folk)

“Paul Hutchinson and Paul Sartin play like no-one else you’ve ever heard. Their music is breathtaking and wickedly inventive and the between-tunes interchange as intelligent and hilarious as the music. But don’t let me give you the impression they’re a lightweight comedy act: they finish the set with a haunting piece of oboe and accordion magic which has the audience spellbound.”  (BBC Radio 2 Mike Harding Show online)

“Their intricately arranged instrumentals are a roomful of strangers introducing themselves at a party and getting along fine. You don’t know what’s coming up next and you enjoy the danger… lords of misrule”. (Living Tradition)