A UK-based booking agency founded and run by Claire Patterson.

The select solo artists and bands on our roster generally specialise in English traditional folk music, and sit within the wider genre of folk & roots. Our consistent goal is to be collaborative, professional and open in our work and communications. 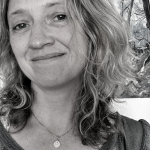 With a science background (BSc/MSc), Claire worked in a variety of educational, marketing and volunteer management roles in the environmental and local government sectors. She lived and worked in Spain and Singapore for a number of years before returning to the UK and subsequently bringing up her two young children as a full-time parent.

Inspired by her interest in traditional folk music, Claire set up as a small promoter. This promotion work sowed the seed for the agency and Good Honest Music was conceived in early 2019. On-the-job training began, working with Benji Kirkpatrick, an artist with a wealth of experience on the folk scene.

More artists were signed, and despite several tours being cancelled in 2020, Claire was lucky enough to be able to keep the agency going during the turbulence in live music throughout 2020 and 2021.

She collaborated with artists to design and deliver online and hybrid concerts; built websites; developed contacts, purchased and became familiar with the industry-standard agency booking software (Overture), and designed and sourced merchandise.

Things were looking up for the agency in many ways at the start of 2022, and during the year our artists relished being able to perform at festivals and gigs again. In the first half of the year, Faustus, Jon Wilks and Belshazzar’s Feast toured successfully, the latter bringing out their final album. Plus the Autumn saw new album release tours from Jackie Oates and Angeline Morrison, with fantastic press and delighted audiences.

However, it’s true to say that the year brought with it immense sadness. Recently-signed songwriter and beautiful singer, Rowan Godel, passed away in February. A wonderful tribute concert for much-missed Rowan was held in June at Nettlebed Folk Club.

And in September we were forced to say goodbye to Paul Sartin who shockingly and suddenly left us. Paul and his bands were a central part of the agency and he is very much missed. A concert for Paul was organised by Whitchurch Folk Club in October, and further tributes will take place at folk festivals during 2023 including Sidmouth.

We were delighted to welcome two new acts to the roster in 2022; James Delarre & Saul Rose. And Patakas, the newly-formed duo comprising two of Paul’s sons Will and Joe Sartin.