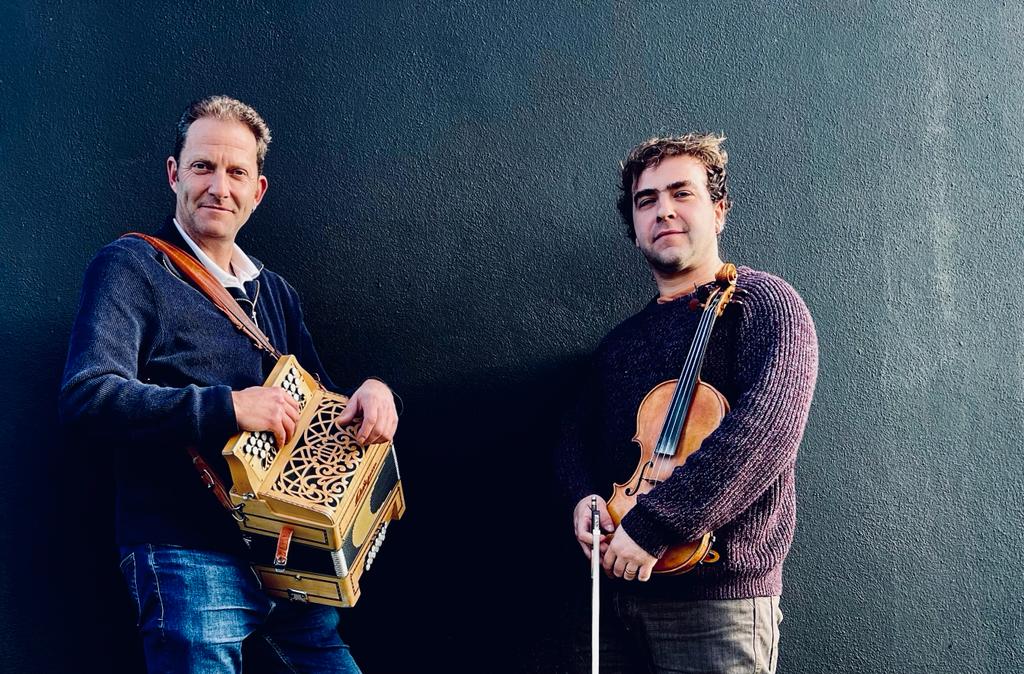 ‘Masters of their craft. This duo is just brilliant’
FATEA Records

With the timeless combination of fiddle and box, James and Saul have been making music together for a long time now. The duo intertwine seamlessly; dancing around the tunes between the notes, finding space and air, and breathing fresh life and energy into the music.

‘Sheer joy of music-making oozes through every track’
Living Tradition

Fiddle player James Delarre, is a founding member of the critically acclaimed bands Topette!!, Mawkin, and Mawkin:Causley and is in demand within the traditional English folk scene and beyond.

Saul Rose is an English folk melodeon player and singer. A long-time member of Waterson:Carthy, winners of two BBC Radio 2 Folk Awards. Saul was nominated for the Musician of The Year award in 2010. He was one-third of the power folk band Faustus and is a founding member of Eliza Carthy & The Wayward Band.

‘Their interplay is tight and intricate.’
Living Tradition