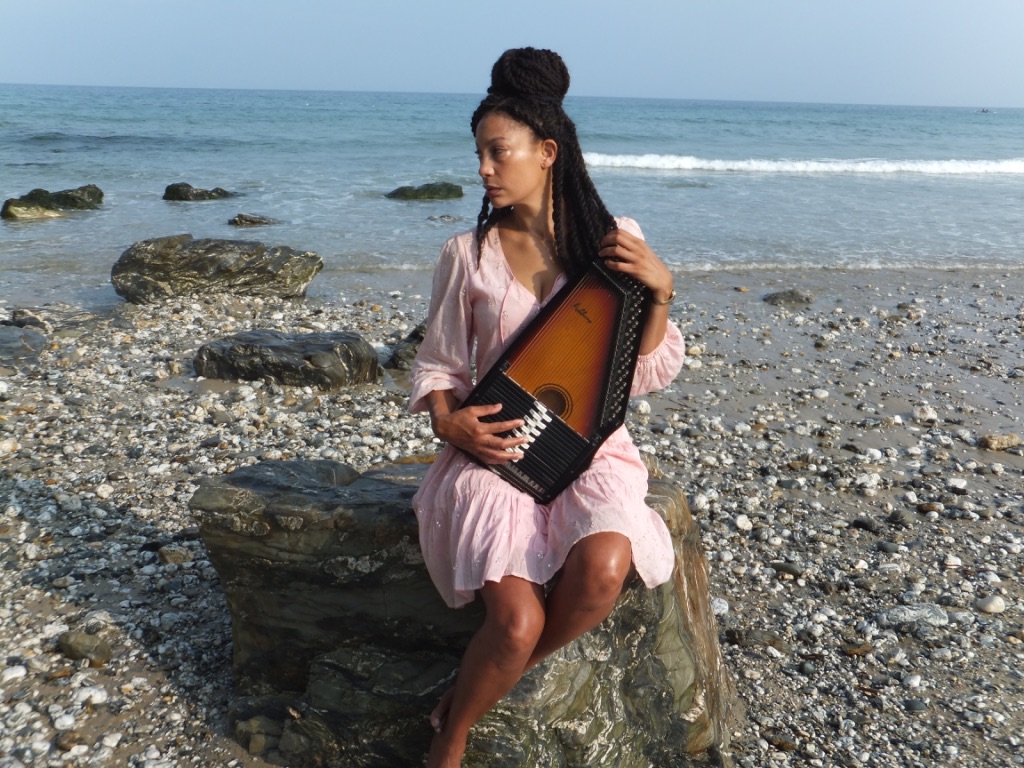 Angeline Morrison is a vocalist, songwriter, multi-instrumentalist and morris dancer based in Cornwall, who believes in the inherent beauty of sad songs. Angeline’s homespun sonic aesthetic, deeply emotive writing and layered vocal harmonies are all stitched together to make small, tender, often dark stories in song.

The Sorrow Songs: Folk Songs of Black British Experience was released on 7 October 2022, Angeline’s debut album for Topic Records, has been described as “a gift and landmark folk album,” by Folkradio.co.uk.

Angeline made her television debut on ‘Later…with Jools Holland’ in October 2022, and there was a major interview with her in The Guardian.

Produced by Eliza Carthy and featuring some of her beautiful, soaring string arrangements, The Sorrow Songs was recorded in Cornwall at Cube Studios and is a work of what Angeline calls ‘re-storying’: “The traditional songs of the UK are rich with storytelling, and you can find songs with examples of almost any kind of situation or person you can think of. But whilst people of the African diaspora have been present in these islands since at least Roman times, their histories are little known – and these histories don’t tend to appear in the folk songs of these islands.”

Angeline began to wonder if she could discover more about the lives of these ordinary and extraordinary Black ancestors, and create an album of songs in the sonic style of UK folk and traditional music, in the hope that this silent space could then begin to be filled with stories. With the help of Arts Council National Lottery funding, Angeline began what became a year of research into this neglected area of Black British history. The Sorrow Songs: Folk Songs of Black British Experience is the result.

Releasing to commemorate Black History Month, this powerful record is intended to honour these Black ancestors who lived in these islands, and to act as a gift to the folk community. Angeline tells, “What I would really love is for people to want to sing these songs. I wrote each song with a chorus or refrain that I hope will be singable, so that people might want to sing them in folk clubs, and in doing so these stories will continue to be re-told in song.”

The album title is inspired by W.E.B du Bois’ 1903 classic of African American literature, ‘The Souls of Black Folk’, which Angeline re-read after the killing of George Floyd in 2020. Chapter xiv, ‘Of The Sorrow Songs,’ is all about the folk songs of enslaved Africans in America and their descendants. Angeline, a descendant of enslaved African people, explains that: “This chapter speaks to the fact that this body of folk song acts as a container for the history of the enslaved populations in America, as a way of communicating their unspeakable pain, and a way of giving voice to a people who had been rendered voiceless.” 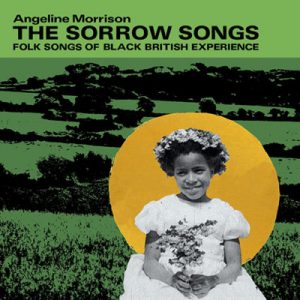 “The Sorrow Songs is a ground-breaking album; the music is excellent throughout, beautifully enhanced by the album’s exemplary artwork and packaging.” – Folk Radio – read full review

“Angeline Morrison paves the way and offers an authentic, brave folk voice of black British experience. In doing so, she presents us with a collection of songs that feel incredibly overdue. Long may they be sung out and loud.” – Tradfolk.co – read full review

“Unequivocally one of the finest, and most important folk albums of this, or indeed, any year, beautifully crafted, performed and packaged, ‘The Sorrow Songs’ turns a long overdue spotlight on the country’s forgotten stories and forgotten people, reclaiming their part in the UK folk tradition and history, and touching the deepest fibre of those who hear them“. Folking.com 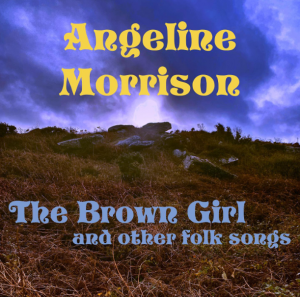 THE BROWN GIRL AND OTHER FOLK SONGS
Independent release (May 2022)

‘One of those rare records that feels perfectly weighted, entirely free of anything extraneous… the whole thing feels lighter than air’ (Folk Radio UK)

‘Has the hushed intensity of a seance, as if she’s channeling the spirits of the dead’ (James Hadfield, Ele-King Magazine, Japan)

‘Morrison has stunning control over the emotional depths of these songs. Her musicianship is equally impressive.’ (Folk Radio UK)

In addition to these albums, Angeline’s other recent work includes ‘Ophelia’, a dreamy meditation on the fleeting thoughts, visions and imaginings of Shakespeare’s heroine as she floats downstream, ‘Clouds Never Move’ which is a reflection on the importance of speaking your truth, even when the truths of others seem so very much louder. This song was composed as a response to the killing of George Floyd in 2020, the accompanying video is intended to provide a soothing place of repose.

“[Clouds Never Move]… is one of the softest, yet most succinct statements on speaking your own truth possibly ever recorded. 2020 needed a record like this one, badly”. (Record Crates United).

To date, Angeline’s music has been played on BBC Radio 2, BBC Radio 3 (Late Junction), and BBC 6 Music (Gideon Coe, Lauren Laverne, Cerys Matthews, Stuart Maconie’s FreakZone). Angeline’s co-writes can be heard in Netflix series Atypical, in US detective series Ray Donovan, and in a major Hollywood movie, amongst other places.  As a collaborator, you may have heard Angeline’s voice and songwriting as part of unorthodox alt-folk duo We Are Muffy, as half of psych-folk duo Rowan : Morrison, as beat-folk-noir The Ambassadors of Sorrow, or as half of 1960s soul revivalists The Mighty Sceptres.